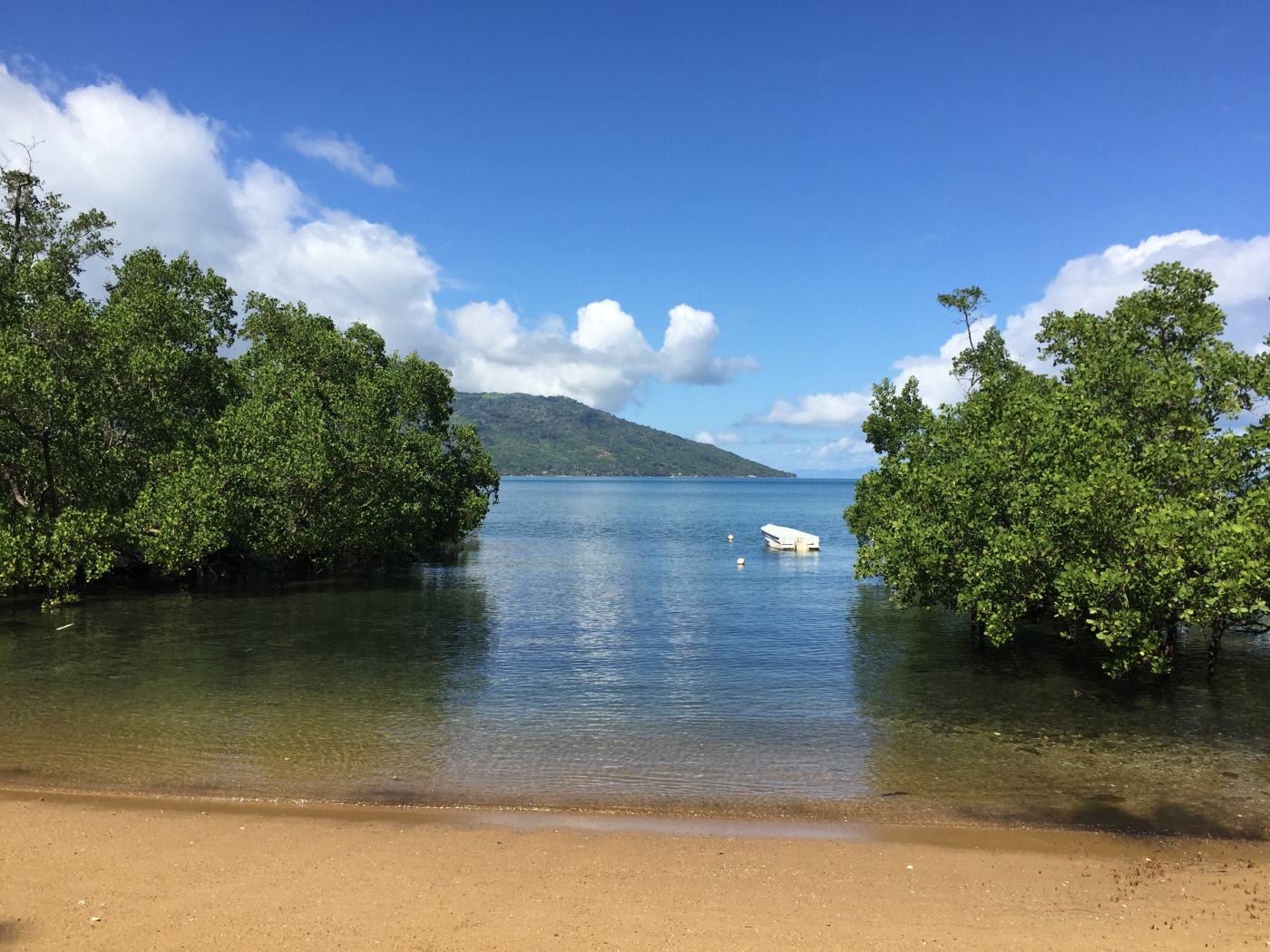 You know, it’s written on the ceiling of every Year Five classroom.

Yet, full adults still seem completely susceptible to absorbing misinformation and adopting a gamut of strange and poisonous attitudes as fed to them. All too often this relates to our human tendency to believe information exactly as it is presented, unchallenged, subsequently adapting our behaviours. Save a few cynics, we are all fundamentally naïve, always baffled by bright colours and big numbers. Most of us, however, can hopefully scale down our excitement when reading sensationalist headlines, though that is not a universal ability. So utterly incapable of independent thought, some people are simple incapable of viewing their world critically. Their bubble of existence consists solely of themselves. Their reality is shaped by what they choose to see and believe, not the surrounding events. Consequently, such people often wear the impression that they are so stupid they literally cannot begin to comprehend the depths of their own stupidity.

Stupidity is why an entire demographic is currently enraptured by a hot-headed and blatant conman.

Importantly, the wild ‘opinions’ people adopt when absorbing misinformation, modifying their identities, do not overlap with simple freedom of thought and personal expression. Free thoughts are different, to which everyone is entitled. It is a blessing that each individual carries a fresh and unique perspective regarding everything they touch, including themselves, since our own identities differ based on our personal perceptions and that of others. When our own independence is corrupted, simply amalgamating a diaspora of effective conspiracy theories uncritically, it becomes something much more sinister.

These mistaken ‘opinions’ are instead the product of someone else’s agenda, to be regurgitated, unaltered, by mindless followers. They do not carry the same rights as free thoughts, especially when spilling into detrimental actions that harm the real world, too frequently discriminating against others. Such thoughts are especially dangerous when they are closed to suggestion or education, to improvement or even the slightest notion of difference in someone else. This, ridiculous mindset, insists that everything the individual believes must be inalienably true, and that nothing can exist outside of their world. It’s never about being right. It’s always about using an extreme stance to justify arbitrarily opposing a different position, regardless of truth. In any such argument, the key is not reasoned debate. Where people direct their thoughts against another person, it typically revolves around an underlying hatred.

By eerie coincidence, I began writing one day before watching Netflix’s The Social Dilemma, which neatly intertwines with many of these thoughts. For those unfamiliar, it charts the modern dangers of technology, suggesting our addiction to screen time, through subliminally fostering division and manipulating our behaviours, has the potential to destroy civilisation. Through testimonials from former Tech employees and current psychoanalysts, interspersed with a slightly preachy narrative, it starkly portrays our enslavement by increasingly powerful and lawless AI programmes, designed to forge this addiction and farming discontent. The most profitable new industry? Using these programmes to trade in human futures, predicting and directing our behaviours to sell advertisers our unmitigated and vulnerable attention. That was the consistent message of the ‘documentary’. Ironically, it was not the objective truth it sought to ascertain. What was remarkable, was the characterisation of the AI algorithms employed in social media platforms as ‘embedded opinions’.

How can we monitor social media? I’m talking about potentially regulating the content accessible through sites like Facebook or Twitter. There is an impossibly vast quantity of data available on the internet, to the extent that a person can, in one day, consume information equivalent to the lifetime consumption of an average person 500 years… END_OF_DOCUMENT_TOKEN_TO_BE_REPLACED

Undeniably, social media has infiltrated modern life on an unprecedented scale, even to the extent of governing our actions and routines. In most instances, as The Social Dilemma will insist, we the users have failed to notice these changes.

Preying upon human gullibility, supported by algorithms designed to steal our attention, conspiracy theories have blossomed. Take ‘flat earthers’. Why is that a growing community, and what exactly are they hoping to achieve? I mean, presumably, they’re hoping to prove the earth is, indeed, flat, but anytime they conduct scientific experiments to this effect, they discover the earth is round (Beyond the Curve, also on Netflix). Personally, I still don’t understand the endgame. If they’re hoping to catch ‘the government’ and all its evil scientists in a lie, this is undoubtably the wrong rallying cry. Who cares if America faked the moon landing? Americans, get annoyed about the Bay of Pigs, or the Vietnam War, or the CIA effectively birthing Al Qaeda, all within the same decade. Plus, these ‘flat earth’ experiments are not without its perils. Mike Hughes, attempting to examine the earth’s supposed curvature in a homemade rocket, tragically encountered that realisation when his craft crash-landed.

If you enjoy bizarre conspiracy content, internet algorithms acknowledge your suggestible nature, and welcome you into additional, like-minded groups. Angry because you’ve been told the world is round? Great, here are some people inexplicably angry because vaccines have been widely developed. Anyone with a Biology GCSE knows they work by exposing the human immune system to weak bacterial strains, to bolster any subsequent immune response. Hardly a marvel of modern medicine, this simple technique has been deployed for thousands of years. Convoluted by tricky terminology like ‘chemicals’, however, a mass of the population has decided not to trust this basic safety precaution, instead working hard to revive dormant diseases. Should a COVID vaccine be developed, its effectiveness will undoubtably be limited by these brilliant minds. That’s if they’re not already attending crowded indoor rallies without masks to be spat on by a rich arsehole who considers them all dirty.

These ‘thoughts’ certainly aren’t limited to, but can entail, ridiculous conspiracy plots, the product of algorithms manipulating people into diving deeper into ‘rabbit holes’. Additionally, they enable the discovery of beliefs that more closely align with their own predetermined and increasingly polarised opinions. But herein lies the fundamental problem with The Social Dilemma and its message. Ending with anecdotal advice for well-meaning parents desperate to rescue their children from the internet demon, the show falls short of the true problem. Neither the AI, nor social media platform owners, are the creators of this content. Though seductive, luring us into brilliant webs of information and content, algorithms still rely upon the motivation of active content creators. It is a function of our own psychology, and more complexly than ‘dopamine hits’, that we choose to inoculate ourselves in this irrational world or ire and vitriol.

Yes, these platforms are culpable for indiscriminately drawing people together, to feed off their energy and exacerbate their own polarity. But the real problem is that lies are so much more exciting. Afterall, “a lie travels half the world whilst the truth is putting its boots on” (a quotation, in a fantastic piece of irony, frequently misattributed to Mark Twain, instead likely originating with Johnathon Swift).

Lies are more exciting, they’re easier to produce, and can be more accurately tailored towards an audience. And they’re almost guaranteed to elicit a stronger emotional reaction than the oft-bland truth.

Social media is often accused of increasing insecurities amongst young people, which should be considered equally true of their adult counterparts. There is a new barrage of information, typically relating to threats because that garners our attention. Nothing draws a faster crowd than news of imminent danger, and now these perils swirl all around in digital whispers. And being outraged is more exciting than being placid. Why apathetically endure dry politics, when social media can draw you to the real festivities, to a deep-seated conspiracy involving a network of world leaders. Imbued with Satanic strength, a group responsible for the global trafficking of children to drink their blood and renew their strength. That is the reality alleged by QAnon, a group emerging in 2017 from the deranged teachings of one random New Jersey guy, Jason Gelinas. Its new wave of popularity, gripping US states and even manifesting before 10 Downing Street, can only be perceived as terrifying. Their seemingly innocent banner of #SavetheChildren obscures these farfetched claims.

Naturally, as the crown jewel of idiocy, Donald Trump is integral to this movement. He is, apparently, a secret agent, who ran for President to infiltrate the elitist ranks of this child-trafficking plot, and alone possesses the skills to take such figures down – notably Joe Biden. In line with his endorsement of violent white supremacists, which followed the 2017 Charlottesville Riots and was reaffirmed during the first Presidential debate, Trump has lent credence to QAnon. Beyond simply acknowledging the group, he even purported to witnessing ‘shadowy, black figures’ doing something ‘suspicious’, with the promise of new ‘information’ for his followers ‘soon’. An unprecedented move not just un-Presidential, but completely disturbing. Trump notoriously spawned 20,000 false claims by the 9th of July, 2020, an ever-increasing figure, and part of his systematic programme of misinformation. Trump repeatedly and deliberately lies, lapped up by droves of supporters as a stray cat gorging on putrid milk. This deluge is compounded by the belligerent manner of presentation.

The lengths Trump’s supporters will go is just sad. There’s no eloquent expression for the tragic abandonment of their morality and respect. Most recently, we discovered he’s a tax evader. Surprise! And yet, doubling-down, he was praised for flouting federal responsibility, whilst serving as President.

These have dangerous ramifications. Humans love lies, and have been overwhelmingly exposed to platforms responsible for conducting false claims. In this new age of disinformation, people can simply choose to ignore the truth, and believe either what suits them, or is shouted the loudest.

Thanks for reading! I post regularly with short stories, travel blogs, and contemporary commentary, so stayed tuned!

If you enjoyed this, why not check out some other posts?

That pretty much summarises it all. Were it not for Kevin Hart repeatedly shouting the film’s title, you might forget which mediocre Netflix original was filling the space on your screen.  Me Time unites Kevin Hart and Mark Wahlberg as the two leads, though neither develop their characters beyond their existing personas. The plot, if… END_OF_DOCUMENT_TOKEN_TO_BE_REPLACED

I’ve been outside of the UK, but that hasn’t left me ignorant to the oppressive heatwave searing the country just weeks ago. Or perhaps a month ago. I actually have been distracted and have lost touch with domestic events. Anyway, historically, the heatwave was incredibly unusual. It should have been perceived as an alarming, panic-inducing,… END_OF_DOCUMENT_TOKEN_TO_BE_REPLACED

Occasionally, the stars align into suspicions constellations. Several factors have united over the past couple of years, suggesting nothing alone, but unravelling a problematic trend when combined. The UK is witnessing a gradual yet inexorable swing further right, in rhetoric and crisis management, underlined by increasing government powers as the expense of civil liberties. Furthermore, influences… END_OF_DOCUMENT_TOKEN_TO_BE_REPLACED

One thought on “Why are people so gullible?”