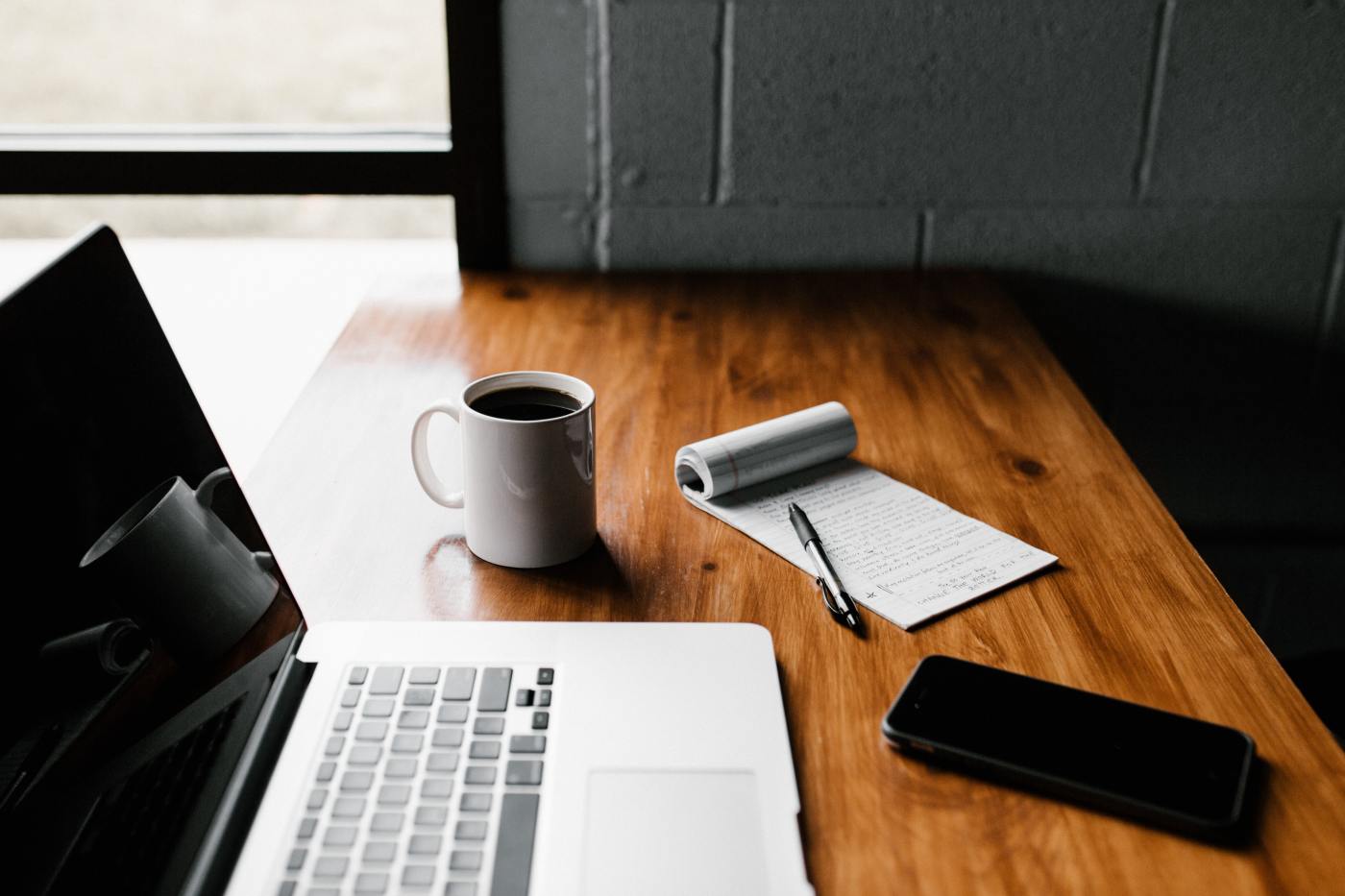 How can we monitor social media?

I’m talking about potentially regulating the content accessible through sites like Facebook or Twitter. There is an impossibly vast quantity of data available on the internet, to the extent that a person can, in one day, consume information equivalent to the lifetime consumption of an average person 500 years ago.

Naturally, understanding our world is vitally important, in how we perceive ourselves and others. Increasingly, a large facet of our relationship with information is influenced by social media. Subsequently, these platforms have a lot of power.

Though Ofcom figures report a decline this past year in adults trusting social media as a primary news outlet, down from 49%, it still remains at 45% . Almost half of adults rely on these unregulated, unofficial platforms to inform their political and social engagements.

Without further investigation, articles, or worse isolated headlines, are trusted at face value. This content can be generated by anyone, and, unlike sites like Wikipedia, is not ruthlessly regulated – just 302 articles were fact-checked by Facebook’s independent team in one whole month. As has been alluded to in a previous post, the social media algorithms dictate exactly what we see, depending on our interests, polarising us and potentially limiting our world view. This in itself is an issue, because a disparate collection of views are required to accurately guide our thinking. The information should also be impartial, relevant, and accurate.

What role should social media play?

Unverified, non-journalistic sites can be dangerous, especially when the ‘information’ provided relates to important contemporary or historical issues. Given the immense following of sites like Facebook or Twitter (and the others that exist), should there be official monitoring by an independent body? Should the content of private websites be regulated? Do individuals, or the platform itself, need to be held accountable? How can deliberate disinformation be combatted, or even distinguished from freedom of speech?

Facebook employers, including Mark Zuckerberg, have previously been deposed before the US Senate in response to the platform’s role in the 2016 election. These questions recently erupted again, after the New York Post published an alleged bombshell article against Joe Biden. The article is linked here, but, in brief, new evidence supposedly surfaced proving Joe exploited illegal ties with Ukraine to bolster his personal finances, and his son’s, Hunter’s, business position. A subsequent article accused him of shady relations with China.

Both were pro-actively suppressed, on Twitter and Facebook, owing to concerns regarding legitimacy and the spread of disinformation.

The original story was, bizarre… A vehement Trump supporter (who described his impeachment as a ‘sham’) suddenly stumbled into the possession of a laptop and hard drive, left at his computer repair shop by an unidentified other man. A hard drive just happening to contain incriminating correspondence surrounding Joe Biden, accompanied by salacious images of Hunter Biden, all, of course, weeks before the US election. Needless to say, the New York Post article has been widely discredited. CNN described a classic continuation of the right-wing propaganda machine, designed to enable ‘whataboutism’, basically the only remaining GOP defence. Business Insider also identified multiple red flags, citing the Professor of Strategic Studies at Johns Hopkins who noted “highly suspicious behaviour … Exactly how a professional would surface disinformation and potentially forgeries”. At best, the article was inaccurate, at worst, a deliberate forgery intended to deceive.

However, after users were prevented from circulating this story, focus quickly shifted towards apparent ‘censorship’ by Facebook and Twitter. It had been shared on Facebook >50,000 times before its suppression.

The Republican party has been vocally critical. Ignoring the irony that they would suddenly care about the relationship of US officials with Ukraine (having blocked witnesses during Trump’s ‘sham’ impeachment), it raises an interesting question. Trump has previously attacked Twitter for removing his tweets, flagged as misinformation.

It should be acknowledged that we tolerate politicians frequently enjoying a flexible relationship with the truth. So often, leaders are lamented for reneging their campaign promises, with those complaints gaining little traction. The official fear-campaign against immigration spearheaded by Johnson and Farage is why, four years on, we’re still negotiating Brexit, the final conclusion set to be no-deal lest there be some final twist.

And more notorious is Trump’s pathological aversion to the truth. Frequently described as detached from reality, he single-handedly generates a slew of outright lies, without remorse. Refusing to denounce white supremacy, refusing to denounce QAnon (also explained in that previous post), he was finally, after almost four years, challenged in a town hall:

Obviously omitting the historical anomaly that is Trump, surely official leaders owe some obligation to the accurate truth?

Their words, especially when employed in official capacity, have serious weight. The same responsibility might not apply to private citizens, but how far should freedom of speech extend when we deliberately lie? Purportedly accurate bodies need to be intensely checked for their accuracy – wherever possible, I link my information to ease that process. If people believe what they read on line, inaccurate information under the guise of reputable reporting has worrying ramifications. The Trump campaign, for example, is continuously guilty of this, posting edited videos of Joe Biden falling asleep in interviews, or misappropriating the words of figures like Anthony Fauci, to imply his endorsement for Trump.

Aside from politics, this phenomenon saturates all serious issues. ‘Science denial’ has been encouraged, manipulated important debates on climate change towards the bases of its existence, instead of solutions. The COVID pandemic has been infested with misinformation, and people refusing to obey basic health guidelines, prolonging the difficulties in responding across Europe and America.

What should be done with widely dispersed, unverified information – the ‘what can be done’ has been answered by this recent episode. Do social media platforms have an inherent responsibility to accurate information?

Should governments or other official bodies be given permission to intrude upon private websites?

How far should freedom of speech be permitted?

Thanks for reading! Let me know any of your thoughts on this issue below – should social media platforms be official regulated?

Something was very clearly wrong. It was obviously Thomas Fairfax. Solutions were not immediately presenting themselves. Except for one. Flight. The lurking apathy I had battled with so un-apathetically my entire life seemed finally to be winning. Smug in its self-justifications, trending events had been indicating that direction for a while. Presently, I had very… END_OF_DOCUMENT_TOKEN_TO_BE_REPLACED

Extinction Rebellion: Do they generate more harm than good?

Earth day and essential changes: With the conclusion of Earth Day, and the extended three days of climate action, it feels like an important moment for reflection. Amidst the many problems we face, there have been a few solutions proffered, which is positive. More attention than ever is being afforded to vitally important environmental issues… END_OF_DOCUMENT_TOKEN_TO_BE_REPLACED

With no apparent warning, something breached the otherwise placid waves. Offering no hope of premonitions, the entire scene was hopelessly transformed before it could possibly be comprehended. The perfect sheen over the water had burst, erupting into an ominous fountain, only momentarily concealing from the islanders the emerging threat. For centuries, the great beasts of… END_OF_DOCUMENT_TOKEN_TO_BE_REPLACED

One thought on “Should social media platforms be officially regulated?”