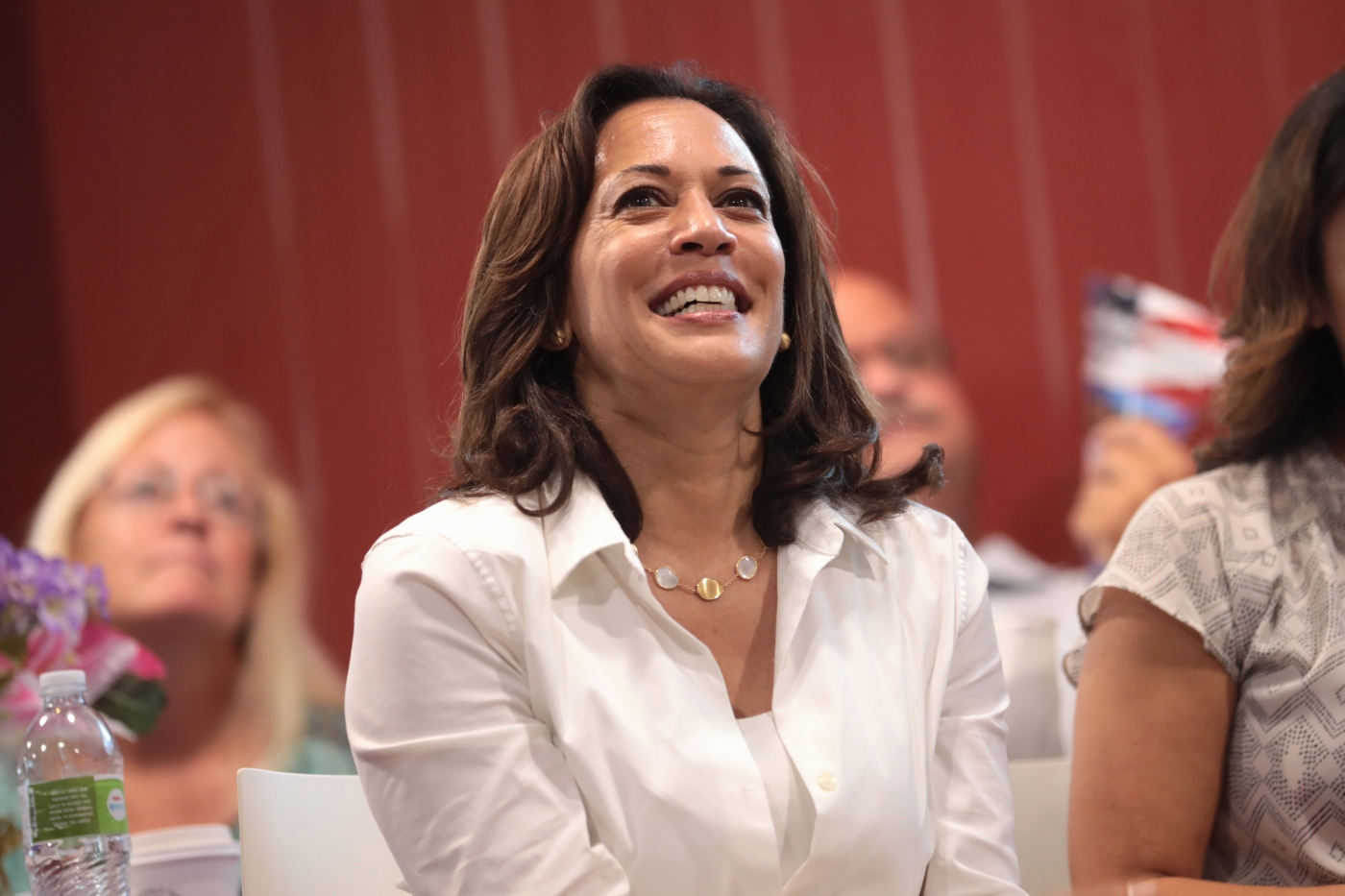 To clarify, the short answer is: no-one. To date, no woman has officially served as President of the United States. In fact, Kamala Harris (featured) is making history, as the first female, first black, and first Asian American to be Vice-President.

A momentous achievement, just 232 years since George Washington’s inauguration, and subsequent all-male successions. Furthermore, only 149 years on from the first female Presidential candidate.

Victoria Woodhull, a controversial and largely fringe figure, ran in 1872, before women could even vote in the election. She would, however, find herself both unsuccessful, and arrested.

Globally, of course, there have been several, prominent female Presidents and leaders, despite a UN report suggesting almost 90% of men and women are bias against them to some degree.

The first female Chilean President. The first female South American President to assume her office independent of her husband’s political responsibility. The first Chilean President to serve two terms since 1990, and the first to be legitimately elected in both terms since 1932. Michelle Bachelet (full name Verónica Michelle Bachelet Jeria) boasts a remarkable political… END_OF_DOCUMENT_TOKEN_TO_BE_REPLACED

Returning to the USA, in a unique historical episode between Woodhull and Harris, one woman briefly became the de facto President. Following her husband’s stroke in October 1919, Edith Wilson would become responsible for the administration.

Woodrow Wilson, the 28th President serving from 1912-1920, famously embroiled America in WWI, and partially oversaw the tragic failings of the Treaty of Versailles, and League of Nations.

Perhaps lesser known was the extremely poor health pervading his entire life, contributing to Edith’s brief surge in responsibility. Not only did he continuously suffer severe, occasionally crippling indigestion, the stress of being a workaholic often left him devastatingly fatigued. Additionally, strokes were not confined to the end of his life. One estimate reported three to six before he even entered politics, in 1910, the first affecting him aged just 39, and permanently disrupting his natural writing style.

From their very first, chance encounter, Woodrow was smitten by Edith’s beauty and wit. This initiated a whirlwind courtship, culminating in a hasty marriage defying the will of advisors during the 1916 election campaign trail.

Ignoring them, Woodrow and Edith announced an engagement in September, and married December 1915.

By her force of personality and natural personal closeness to Woodrow, Edith became immensely influential as First Lady. Though disinterested in politics, her obsession was her husband, and would frequently sit by his side as he worked, accessing confidential information and exchanging opinions.

Woodrow was deeply reliant upon his wife. In childhood, his mother represented a beacon of safety from a bullying father, whilst his first wife, Ellen Axson, had provided an irreplaceable confidante. Her death, in July 1914, had generated such palpable despair, he reported to Edith early in their courtship:

“little girl, in this place time is not measured by weeks, or months, or years, but by deep human experiences; and since her [Ellen’s] death I have lived a lifetime of loneliness and heartache”

Her impact was keenly felt by the close friends of Woodrow Wilson. It was during this period that she guided him away from long-term friend Mary Allen Hulbert, disliking their platonic flirting. Most significant was her ability to separate him from Colonel Edward House. House was one of the most influential advisors, to an extent he acknowledged even Wilson did not realise. House was Wilson’s best friend.

In their letters, Wilson frequently appeared more sycophantic of the two, always signing with ‘Your grateful and affectionate friend’, once remarking in response to a House proposal:

By 1919, Edith would be responsible for breaking them apart.

The first (de facto) female President of the United States?

October 1919, Woodrow Wilson suffered a debilitating stroke, the result of extreme stress and overexertion. He had worked desperately and tireless to convince Americans of the necessity of joining the League of Nation. It almost killed him.

He was left permanently paralysed, and intensely fatigued, scarcely able to talk, and incapable of working or focussing for prolonged periods.

Importantly, in his effective absence, Edith shouldered a greater degree of the burden of office. A self-described “steward” to her husband, she became a filter on the information and visitors he received. Her assessment was that:

“I studied every paper sent from the different Secretaries or Senators and tried to digest and present in tabloid form the things that, despite my vigilance, had to go to the President… The only decision that was mine was what was important and what was not”

This alone implies a major workload, though it didn’t end there. An accompanying disinformation campaign was launched towards the pretence of a functioning Oval Office. On one occasion, Edith even helped decorate her husband in his chair for a visitor, imagining he was simply hard at work. Several rumours began circling concerning an ‘Assistant President’.

It was not motivated by political ambitions. Despite having successfully run the jewellers shop inherited from her first husband, and captivating Woodrow with her intellect, Edith herself lacked a formal education, and was entirely uninterested in the mundane affairs of politics.

Instead, she believed finishing his term the best solution to her husband’s declining health. Whilst perhaps not lacking the capacity for governance, the outcome was an inefficient, virtually non-existent administration, where several contemporaries believed no-one was in charge.

Briefly speaking counter-factually, had Edith Wilson exerted her considerable influence, she could have ushered forth a number of progressive changes. This is especially given her coincidence with Women’s Suffrage achieving the right to vote in 1919.

Ultimately, the exact degree of Edith’s control is uncertain. Her own autobiography is infamously short on specific details pertaining to this period. Writing in 1921, Joe Tumulty, Woodrow’s long-standing private secretary, was full of praise, describing Edith as ‘devoted’ rather than ‘devious’. Following Woodrow’s death in 1924, Edith would continue to honour his memory, working with biographer Arthur Link to capture his life.

Officially, and by her admissions, Edith Wilson was not the first female President of the United States. Her role was both unique, and interesting, distinct within history.

Thanks for reading! I regularly post short stories, travel blogs, or contemporary commentaries like this, so stay tuned!

Cuckmere Haven Beach Visiting Cuckmere Haven beach is a wonderful and easy day out, especially for those based around London or in the south. It’s typically quieter than most alternatives, and what it lacks in reliable sandy stretches it compensates for with spectacular views of the Seven Sisters cliffs. Cuckmere Haven beach, also surrounded by… END_OF_DOCUMENT_TOKEN_TO_BE_REPLACED

Can Jack Reacher survive the pandemic?

Will Jack Reacher be able to survive the COVID-19 pandemic? Physically, I’m sure he could survive the virus itself (it would certainly be a disappointing end to his legacy). The real question is whether his way of life is resilient enough to withstand new tests. This interesting thought experiment, interesting at least I hope to… END_OF_DOCUMENT_TOKEN_TO_BE_REPLACED

Tales from a Tent – a new adventure!

By way of small update, I wanted to announce the launch of my second website, Tales from a Tent! For any travel or camping fans, this will represent a more focussed exploration of the topic, whereas Tom’s Tales of Woe are considerably more general. It’s taken a fair degree of effort to prepare it, though… END_OF_DOCUMENT_TOKEN_TO_BE_REPLACED

14 thoughts on “Who was the first female President of the United States?”