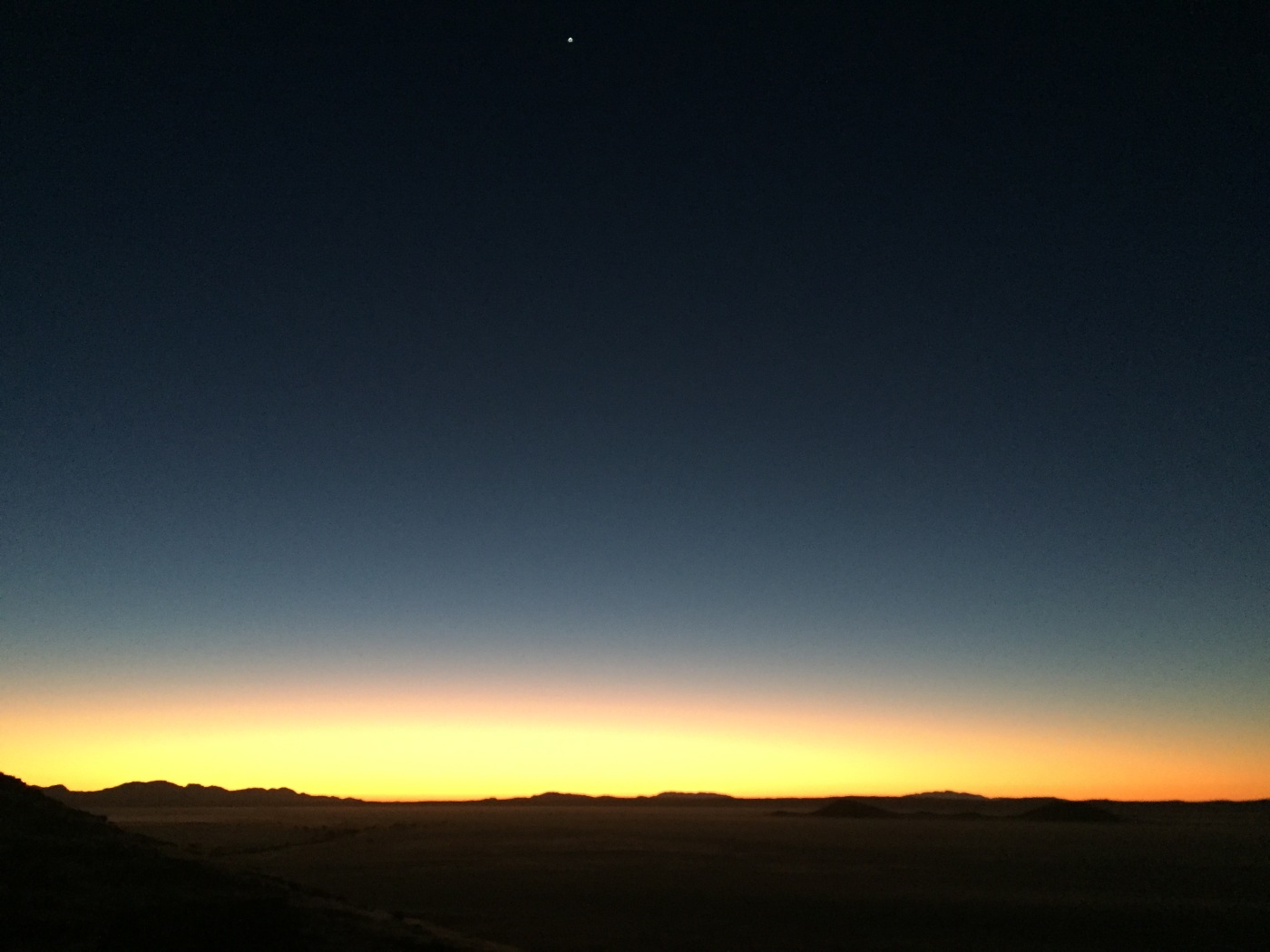 Tensions have existed between Russia and the Western world for over seventy years. It’s hardly surprising, given that Cold War thinking defined multiple generations of foreign policy, that attitudes of suspicion linger. The latest episode in the ongoing saga are disputes over Ukraine, with Russia insisting the region is vital for security reasons, the West demanding sovereignty be honoured, whilst Ukrainians sigh and remind us they’ve lived with eight years of aggression and separatist conflict.

Both Boris Johnson and Kier Starmer have explicitly committed support to Ukraine. There’s little doubt, at least in my mind, Boris will attempt to evoke his hero Winston Churchill should Russia invade, by declaring a glorious war in defence of democracy against despotism. He would presumably be delighted for a distraction from domestic qualms as well. By doing so, preserving Ukrainian sovereignty would be aligned with “Western values”.

If questioned, most people could probably conjure an answer as to what those values reflect. Democracy, freedom of speech, economic independence. All the facets of our wonderful little society that gives every person the opportunity to be who they truly are. Sort of.

In that way, Britain is still grappling with an identity crisis. This time last century, after defeating the Central Powers in WWI, the British Empire was waning, but still powerful. The world map was exceedingly Eurocentric, and Britain still stood on the forefront, despite the encroachment of blossoming superpowers to the East and West. We know how the story ends, of course. Today, the goliath has crumbled, and scrabbles awkwardly to establish its place in the global pecking order. We’re still in the shadow of Empire, but it casts a different shade over this generation.

The fundamental point, however, is that Britain still means something, especially to a lot of British people. Whilst I’m not devoutly nationalist, the country I was born in is significant to my identity. I enjoy watching my compatriots perform well, whether they be politicians, authors, or athletes. The premise of a democratic crusade is admirable. Ukraine, on the precipice of tyranny, is a damsel crying in distress for Nato to unite and banish the Red Terror.

The problem is that “Western values” don’t mean anything unless they’re defended equally. You can only stand for something if you always stand for it, not merely when it’s convenient or fits an ulterior motive. It might be time we rallied against other autocratic abuses on the world stage. It’s time to stop capitulating to China.

Before I go any further, I do appreciate the irony of condemning Russia and China when the leading beacons of liberty, the UK and US, are, at best, hypocrites, and at worst are of the same ilk. Half the US appears to approve of the violent insurrection that sought to topple the 2020 election results, orchestrated by Trump and his team of co-conspirators evidently actually attempting a coup. And there is a lot of evidence. But the aftermath has still enabled states to enact sweeping voting reforms that strip citizens of their rights. This all whilst the UK is happily attempting to strip people of their right to protest and changing citizenship laws to enable the Home Office to strip people of that status with impunity.

Whilst we do stand up against Russia, moral powers in the West continually seem to dodge the China question. Perhaps it’s a remnant of Cold War thinking, but Russia always manages to preside supreme. Notably, that is enhanced by actual Russian aggression against the West. You can forgive British intelligence for harbouring a grudge over the Salisbury poisonings, using the same nerve agent employed in the assassination attempt against Alexei Navalny, then-prospective Presidential nominee who eventually received medical treatment in Germany.

This latest war of words is part of wider antagonism from both sides. UK troops have been stationed in Ukraine since 2015, and last summer saw the Royal Navy’s HMS Defender deliberately sail within Crimea’s territorial waters. The movement of Russian troops have been another escalation, contextualised by both sides also issuing economic threats. Having absorbed much of the national attention, China has flown under the radar.

But China has long-since been propagating its own major abuses. It just does them quietly, and against people the West only has to pretend to care about, such that they can be ignored in all but words. It reminds me of VW boss Herbert Diess’ awkward interview in which he, questioned over building manufacturing sites in China, claimed to be unaware of detention camps. When informed of their existence, he had no more response.

The dramatic disappearance and suspicious reappearance of Peng Shuai similarly sparked international controversy, but attracted no defence of Western values. Unless it’s a comment on those values? Surely not. Refocussing, fans entering the Australian Open were even told to remove T-Shirts bearing the slogan ‘Where is Peng Shuai’, before Tennis Australia officials later reversed that decision and permitted them (yes, technically not the west). Their original justification was a blanket ban on ‘political or commercial messaging’. Given it’s hardly a commercial message, they interpreted it as a political one, making the uncertainty surrounding Peng’s circumstances a political issue. Given international inaction, that feels significant.

Of course, the Winter Olympics are also proceeding, despite major human right’s abuses and a brutal crackdown of their population through Covid measures. Boris having a slice of cake doesn’t look so bad compared to entire cities forced into draconian lockdowns over a single case, with drones utilised to enforce isolation.

The state seems to control virtually every aspect of its resident’s lives. Once upon a time, the government imposed so much control over its population it dictated the family structure. The latest revelation I stumbled upon is an innocuous, if amusing one. Editing the end to Fight Club. You know, the slightly bizarre, anarchist tale of shattering the hum-drum world of capitalism, in which Edward Norton discovers the shirtless Brad Pitt he’s been wrestling with was all his imagination. Where once the film ended with a bomb destroying New York as the Pixies played, a resolution is quickly sketched out in text. The police stopped the bomb, caught the ill-doers, and arrested them. Problem solved, the government wins. A happy ending.

Now China is definitely not alone. Plenty of other nations are governed by dictators, even in Europe. Which only adds to my point. We can’t use that excuse for defending Ukrainian sovereignty.

As I’ve mentioned, that logic only works if enforced everywhere. Clearly, this instance is more about security. It’s okay to have other reasons, and I’d be the last to advocate for Britain inserting itself into perceived crises to try and solve them. Afghanistan is proof enough it’s harder than it looks to instigate lasting, positive improvements.

What has surprised me most is how few people have questioned whether we should be involved in Ukraine’s border at all. It’s been presented in this country as inevitable, leaders across the political spectrum professing their resolute support. There are arguments in defence of supporting Eastern European countries, preserving their independence. Some have alluded to the same arguments issued against appeasement, or the fallacy of the domino theory. If Putin takes Ukraine, where does it stop? But those arguments haven’t been consistently enforced across the world. Yes, Russia is geopolitically significant, but why not China? They also ignore the fact Ukraine is not currently a Nato ally, though it borders some, which would serve as a definitive ‘line in the sand’.

Perhaps confusingly, I’m not comprehensively opposed to the idea of supporting Ukraine here, which might be inconsistent of me. There are legitimate arguments both ways. There needs to be greater clarification, however, over what does justify a military response. If Russia is not deterred by economic sanctions, armed conflict could quickly embroil Europe in another war.

Edit: The situation is more than vaguely reminiscent of Britain’s involvement in WWI. Then, the final warning against Germany was the invasion of Belgium, whose sovereignty had been guaranteed by the 1830 Treaty of London. The actual legality of this document was sketchy, and the problem really with international diplomacy is that there are no higher overseers. It is the responsibility of governments to police themselves on the world stage. The parliamentary debates were subsequently reduced to arguments over whether Britain wanted to declare war against Germany, a blossoming European power and colonial antagonist threatening the Imperial balance in Africa, veiled by moral language surrounding Belgium. We found ourselves now questioning whether conflict should be sought with Russia, justified by perceived breaches of the 1994 Budapest Memorandum on Security Assurances, of which Russia, Ukraine, and the UK are signatories. The US (alongside China and France) originally gave weaker assurances in separate documents. The existence of a treaty doesn’t automatically compel any power to follow its terms, and Russia evidently have no qualms about doing so. Yes, it wouldn’t do Britain any favours on the international stage, but no one outside of the UK believes it’s a superpower comparable with Russia anyway.

Additionally, for those evoking this and Chamberlain’s appeasement in 1938, I’ll admit they are alarming similar. Russia annexed Crimea, and now threatens Ukraine, both times seemingly justified by claiming historic and ethnic control over the regions. This almost directly mirrors Hitler occupying the Rhineland, then Saarland, then his Anschluss with Austria. The difference there was over the invasion of Czechoslovakia, which would be more akin to Russian invasion of Nato allies in Eastern Europe. At the risk of repeating Chamberlain’s naïve optimism, that next act of aggression is not a foregone conclusion.

So what are “Western values” and how far do we go to defend them?

Thanks for reading! I’d be interested to know anyone else’s thoughts, either related to Western values (or their façade?) or the Ukrainian border crisis.

The eagle-eyed of you might have spotted an extended and (slightly) uncharacteristic absence on this site. Well, exciting news for anyone interested: I’ve relocated to Australia. From the UK, that is. It’s probably important you knew where I started.  After partially re-opening their borders, Australia is beginning to welcome tourists back into the country, witnessing… END_OF_DOCUMENT_TOKEN_TO_BE_REPLACED

Admittedly, that phrase might be successfully applied to a plethora of significant concerns. I’m sure we could discuss the intricacies of human psychology and community interactions, but that would be boring. And depressing. Instead, I’d like to talk about something fun: Wordle. If you haven’t encountered it yet, Wordle has a fairly simple premise. It’s… END_OF_DOCUMENT_TOKEN_TO_BE_REPLACED

I do want to lavish praise upon the magnificent Shark with Steve Backshall, but you’ll first have to be patient, I’m afraid. It’s a challenging time to be a fan of the natural world. There’s so much majesty in the world unseen by my eyes, which would be exhilarating, did I not fear much of… END_OF_DOCUMENT_TOKEN_TO_BE_REPLACED