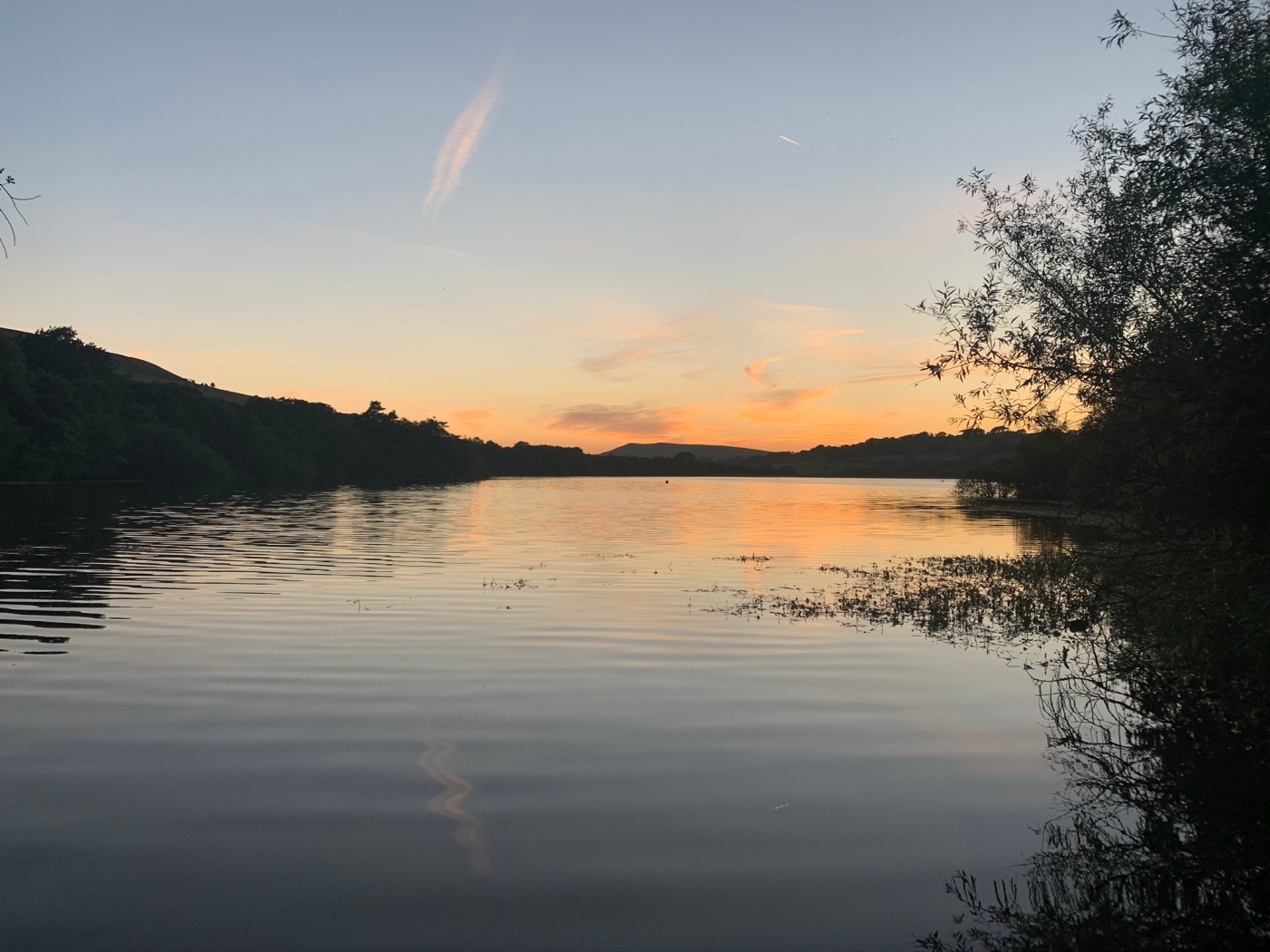 Admittedly, that phrase might be successfully applied to a plethora of significant concerns. I’m sure we could discuss the intricacies of human psychology and community interactions, but that would be boring. And depressing. Instead, I’d like to talk about something fun: Wordle.

If you haven’t encountered it yet, Wordle has a fairly simple premise. It’s an online word game, in which players have six attempts to guess a five-letter word. After each attempt, letters are coloured depending on whether they were right, wrong, or right but incorrectly positioned. Without wishing to offend Josh Wardle, the game’s creator, it’s not wholly original. In fact, it lacked a number of the attributes typically found in fellow internet-projects-gone-viral.

Wordle could only be played once each day. There was no reward, besides personal satisfaction, for completing the game. It was as simple as literally guessing a word, yet it has quickly grown immensely popular.

Of course, no doubt owing to the rapid explosion of fans, Wordle’s success has been extensively analysed. Various explanations have been proffered, from the lack of monetisation to the elusive and perverse appeal of a single play each day. The experience becomes special, and more memorable for it. Plenty of entirely forgettable word games exist, allowing players to skip levels or receive hints, detracting from the purity of testing your linguistic skills. This combines with Wordle’s origins to generate an intimate and simplistic way to briefly engage yourself with no expectations. Designed for Wardle’s girlfriend, simply because they enjoyed word games together, the motivation and feel of the game is benevolent and generous. It’s impossible to view cynically.

Even the first stories surrounding Wordle were positive. It’s only available online, not as an app. Another iteration of Wordle does, however, exist on the App Store, developed by a Steven Cravotta over five years ago. Suddenly the beneficiary of mistaken identity, he first offered the proceeds to Wardle, before agreeing the money should be donated to charity.

The Wordle community also inspired additional engagement with the game. A player first designed the system of sharing your results without revealing any of the letters, adapted into code by Wardle. Amusingly, this was to the chagrin of Richard Moore, MI6 Chief, whose complaint found a funny response from GCHQ.

A delightful game with no sinister ulterior motivation. So, why the negative proclamation of my title?

The short answer is people. The longer answer involves specific people and, as with all the woes of the world, capitalism.

As Wordle’s popularity flourished, so too did the attention surrounding Wardle. It’s easy to picture him fielding messages from congratulatory friends and family to prospective employers or budding game designers. But for the latter, there’s no secret. The game is simply sweet. At no stage did I feel as though my attention was being stolen or capitalised upon by advertisers. I was never obsessively messaged. There were no sparkly attractions with the sole intention of distracting me. It was just nice. It could also have been left there.

Instead, Wordle has now been purchased by the New York Times. It’s difficult to blame Wardle, paid somewhere in the “low seven figures”. I mean, talk about not making a profit.

But there’s something so infuriating about the compulsive, seemingly inevitable, desire to monetise everything. Nothing can exist for its own sake.

Mental health issues and burnout in particular have received more exposure in recent months and years, enhanced by the detriments of Covid-enforced isolation and lockdowns. These are vastly complex and individual such that they’re relatively immune from generalisation. The environment in which we live, however, must contribute. The modern world buzzes with stimuli. We are constantly drowned by a barrage of information. More than anything else, the pressure to perform, to grind, to profit, is omnipresent. We have been conditioned to perceive any time off as undeserved laziness. Even hobbies have to be interpreted as a skill, some form of self-improvement or growth, or else they’re a waste of time.

Even Wordle, to some extent, was victim to this. The ability to share results sparked competition for some people, pressuring them to share ‘good’ results. Apparently, this even extended to some people cheating to the effect of only having one- or two-guess attempts in their statistics. Pointless, but revealing of our toxic desire for one-upmanship.

Suggesting people should be allowed to enjoy themselves for its own pleasure should not be controversial. Why can more nice things not simply exist by their own merits? My point is not against this particular scenario, but its embodiment of the broader, systemic issues. Wardle was paying approximately $100/month (£74). It’s not a lot, true, but unsustainable based on long-term projections. In the grand scheme of all the money available in the world, it’s absolutely nothing. The entire concept of ‘money’ is a digital fabrication.

If I toppled the capitalist empire, restoring Wordle would not be my first priority. But wouldn’t it have been great to preserve this nice thing?

In other recent gaming news, Microsoft is attempting a $69bn acquisition of Activision Blizzard. As of writing, it’s not necessarily guaranteed, owing to a US Federal Trade Commission investigation. Just last month, a similar investigation dissuaded Nvidia from pursuing a $40bn takeover of semiconductor chip producer Arm. If successful, however, Microsoft would become the third-largest video game maker.

Mergers and acquisitions are hardly surprising. Centralisation is the capitalist norm. Slowly, the entire world will be engulfed into increasingly-enormous conglomerates, not exclusively without conflict, until only one remains, and we pray to a new deity.

Capitalist advocates pretend to love competition and are always quick to disparage others as lazy. The tragic reality, of course, has nothing to do with hard work or skill. Capitalism rewards money with more money. Elon Musk, the world’s richest person (again, as of writing), is a perfect example. Born into an affluent family, his father owned an emerald mine in Zambia, whilst his mother was a successful model. If you want to be controversial, several outlets have also pointed to his family profiting from South African Apartheid. Using his family’s wealth, he helped found and sell different companies, accruing wealth by virtue of starting with it. Now his companies are powerful enough to buy intellectual properties and inventions in order to dominate the market.

It’s not over. The New York Times have promised, initially, not to corrupt the innocence of our friendly word game. Other indications do point to a genuine love of puzzles, and it was several of the Times’ own games from which Wordle was originally inspired.

Perhaps we might be able to keep nice things in the future.

Thanks for reading! Have you been enjoying Wordle? Feel free to discuss your thoughts on its purchase down below.

That pretty much summarises it all. Were it not for Kevin Hart repeatedly shouting the film’s title, you might forget which mediocre Netflix original was filling the space on your screen.  Me Time unites Kevin Hart and Mark Wahlberg as the two leads, though neither develop their characters beyond their existing personas. The plot, if… END_OF_DOCUMENT_TOKEN_TO_BE_REPLACED

I’ve been outside of the UK, but that hasn’t left me ignorant to the oppressive heatwave searing the country just weeks ago. Or perhaps a month ago. I actually have been distracted and have lost touch with domestic events. Anyway, historically, the heatwave was incredibly unusual. It should have been perceived as an alarming, panic-inducing,… END_OF_DOCUMENT_TOKEN_TO_BE_REPLACED

Occasionally, the stars align into suspicions constellations. Several factors have united over the past couple of years, suggesting nothing alone, but unravelling a problematic trend when combined. The UK is witnessing a gradual yet inexorable swing further right, in rhetoric and crisis management, underlined by increasing government powers as the expense of civil liberties. Furthermore, influences… END_OF_DOCUMENT_TOKEN_TO_BE_REPLACED

One thought on “Why can’t we have nice things?”