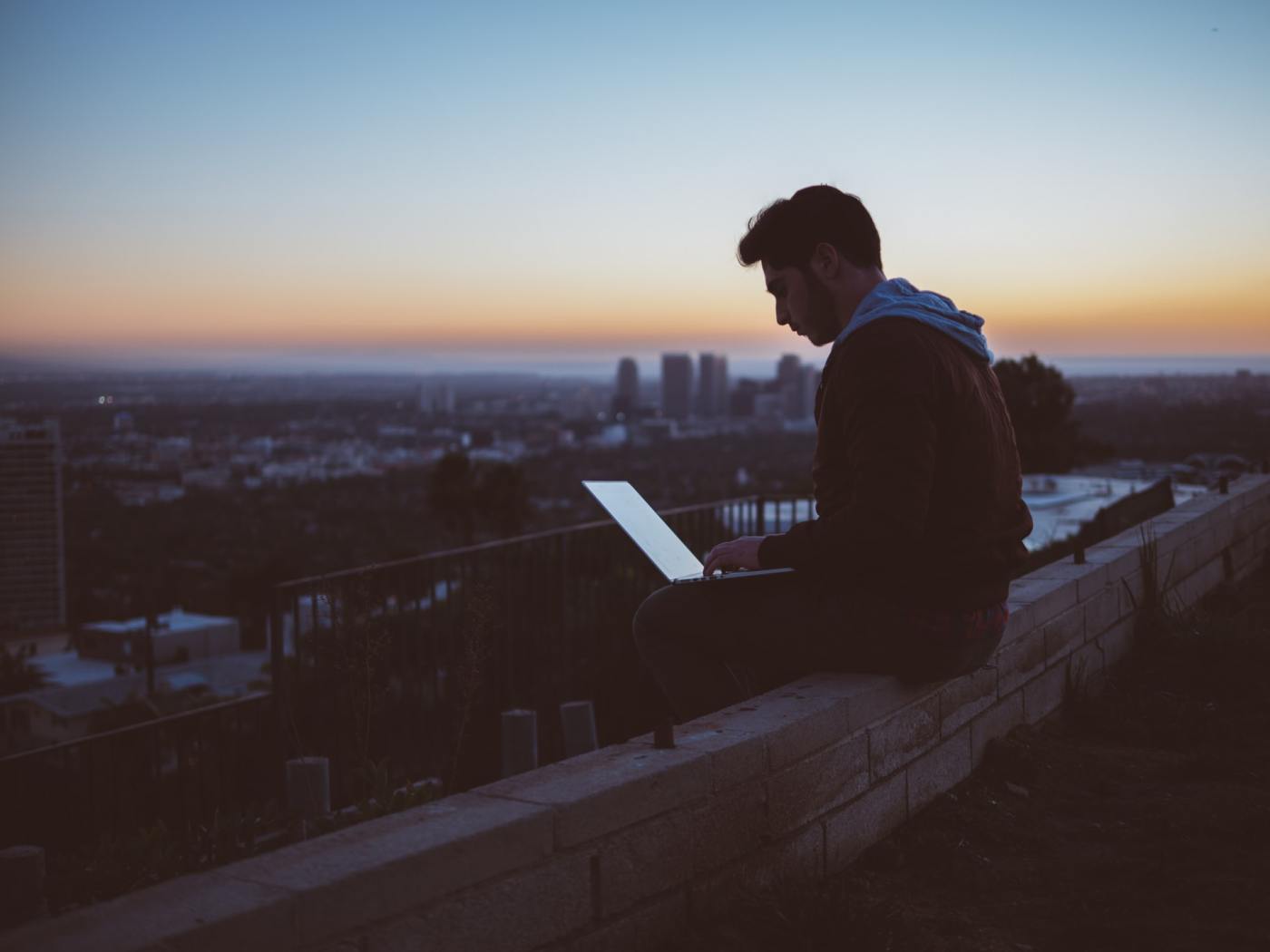 Society has endured perhaps the most far-reaching shifts in recent history, certainly of my living memory. The reach of the COVID-19 pandemic has been truly global, and the ensuing responses have touched almost every living human’s lives. So, what of the traditional working week?

One such dramatic change was the introduction of stay-at-home orders. Offices stood bare, as people began commuting virtually. Technology has vastly improved our capacity for remote working, connecting spaces across the world and facilitating real-time collaborations online.

We in the UK might witness the transformation of the traditional working week for other reasons, too. Complaints seem to arise anytime the temperature drops below 20˚C in August. Believe it or not, I still remember the days, but a distant decade ago, when anything in excess of 20˚C was a treat. Climate change is increasing global temperatures, such that heatwaves actually make working conditions challenging. It’s remarkable, but Britain has experienced heat-related problems.

One other recent trend that might manifest unpredictably has been the greater focus on mental health. We are all built differently. Some people don’t function optimally under regimented working conditions. Conversations around depression have overcome the stigma of ‘laziness’, beginning to appreciate different lifestyles and individual productivity.

Change might well be on the horizon. Naturally, there will be outliers and exceptions, but here are my predictions for the future of office spaces.

The conditions of the pandemic have demonstrated it’s possible. Twitter announced early into lockdown that workers would never have to return to offices. Between Zoom, Teams, Dropbox, Google Drives, and countless other platforms, workspaces have been reconstructed virtually. True, they’re not ideal, and far from perfect, but there are a number of perks. Technology is continually evolving and will only further these steps.

Perhaps the greatest advantage to remote working has been health improvements. The most noticeable has been reducing the spread of COVID-19, but the benefits extend to other infectious diseases. During the height of lockdown, cold and flu rates were mitigated, inadvertently saving numerous other lives. By avoiding long commutes, people are given more chances to exercise in their local areas, and didn’t have to endure the stress of competing with equally hurried commuters in the daily gauntlet of reaching the office. Shifting the workplace into online spaces makes it more accessible to those unable to commute as well.

Those first few months of lockdown also witnessed drastic environmental improvements. Pollution levels plummeted, and wildlife reoccupied regions previously dominated by an unnatural, human footprint. It was an improvement short-lived, undermined almost immediately by the not-so-gradual return to a semblance of normality, but was a positive indicator of the impact lifestyle changes can have.

As mentioned, however, remote working is not a flawless system. There’s an intangible, but discernible advantage to cooperating face-to-face. Social cues we scarcely register offer a wealth of subconscious information guiding these interactions. One study found that humans will sniff their hand within thirty seconds of shaking another person’s, to calculate data like mood from their scent. It’s doubted that isolated. As with other mammals, we gauge our counterparts based on body language and smell. That just isn’t possible online, even minus the inevitable technical difficulties and clunky internet speeds.

Young people hoping to break into the workplace might also suffer from remote working. With less experience of an office environment, those who’ve started new positions amidst the pandemic might have never met their colleagues.

Besides simply working, the office can function as a vital social venue. As I’m sure anyone forced to isolate alone can attest to, exchanging information with others is part of being a social animal, even those colleagues you might not be overly fond of. Given how much time is typically passed in the office, it’s hardly surprising that a majority of people’s socialising can occur there.

Moving forwards, I’d predict a mutation of remote and office working. Already, some companies are implementing alternative policies. Only requiring your employees to be physically present two or three days will save time and help the environment, whilst combining that will the essential boost of connecting people in-person.

This hypothesis would appear to be supported by new proposals. As of this week, new UK employees can request a flexible working arrangement from day one, having previously been required to wait six months.

The latter has proved difficult to contend with. Temperatures reaching toasty peaks in the high 30’s is delightful when you’re poolside, sipping iced drinks with air conditioning on your back. Of course, there’s the total state of relaxation to factor in. Sitting inside, with nothing but a small fan whirring in the corner, squinting at your screen in a desperate effort to concentrate is an entirely different game. British houses are not designed for heat. For centuries, their sole purpose has been retention of what meagre warmth is offered by a feeble sun.

Responding to these difficulties, the National Trust is leading the cultural revolution towards ‘Mediterranean working hours’. Proposed changes include a longer lunch break, with an earlier start and later finish, shadier outdoor areas, re-placement of benches into those shadier areas, and a transition towards Mediterranean vegetation, evolved to survive in drier conditions. Their data also indicates peak visiting times will be later in the season, with a reduction from the traditional July and August.

Whether this will materialise in a widespread fashion, or even across every National Trust property has yet to be seen. It’s probably unlikely that siesta hours will be enforced, since altering people’s working hours can prove immensely disruptive. There might, however, be a greater capacity for flexibility.

Remote working has introduced the broader notion of flexible schedules. Without micro-managing bosses peering over their shoulders, employees have taken advantage of the freedom, incorporating walks, longer lunches, and various other activities into their schedules. If the work is still done, everyone wins.

This year has also coincided with a greater emphasis on mental health. We’re discovering how detrimental stress and over-working are to physical health, too, increasing stroke and heart disease risk.

Company-wide weeks off have recently been issued by Nike, Bumble, and Mozilla. It’s novel, and intends to rejuvenate and reinspire a potentially otherwise burnt-out workforce. Whether a single week is sufficient requires further examination, but it’s definitely a break from normality.

Between 2015 and 2019, Iceland also trialled a four-day work week with no pay reduction. It’s been subsequently described as an overwhelming success, since productivity was maintained or improved in most workplaces, and managed to reduce the carbon-footprint. By improving their work-life balance, most workers can avoid burn-out and stay motivated.

Spain, New Zealand, and most recently Scotland, have now initiated trials to investigate the same outcome. Coupled with the fact around 70% of surveyed participants in the UK believe workers will never return to the office as before, we certainly appear set for lasting changes.

Arguably, the greatest exceptions are those job titles that cannot afford to be flexible. If every UK paramedic simultaneously enjoyed a week’s break, the health service would be crippled. The same really applies to customer service and hospitality roles, but to a lesser extent.

A number of roles are completely essential. If a pipe bursts, you’d hope a plumber would be on call with some immediacy. The same for a break-in, or a fire.

It’s not impossible, of course, for such essential roles to receive a necessary break, but it would require compromise, and greater funding. Short-staffing is one of the most intense pressures faced by the NHS and Met Police, forcing many into damaging over-time. The primary issue is a lack of support, which by our current political trajectory is unlikely to be resolved satisfactorily.

I still believe the working week as it once existed will still experience a complete transformation. It certainly won’t be overnight, and will be accompanied by cultural attitude shifts, but will likely manifest within this next generation. Without delving into a critique of the capitalist dogma, which would ironically manifest as a textbook example of capitalist realism, there’s no feasible denial of a shortened work week where productivity is sustained.

Whilst it won’t be universal or immediate, the health and environmental benefits are so blatant, with the technology support underpinning the transition, I can imagine the changes have already begun.

Thanks for reading! Let me know your thoughts on potential transformations to the workspace. I post a number of other blogs, short stories, and travel posts too. Feature image courtesy of Unsplash.

Whilst you’re here, why not explore the latest posts?

I do want to lavish praise upon the magnificent Shark with Steve Backshall, but you’ll first have to be patient, I’m afraid. It’s a challenging time to be a fan of the natural world. There’s so much majesty in the world unseen by my eyes, which would be exhilarating, did I not fear much of… END_OF_DOCUMENT_TOKEN_TO_BE_REPLACED

It won’t be immediate, but it certainly appears definite at this stage. The BBC’s licence fee will be abolished in 2027, protected by Royal Charter until then, and funding will be frozen for the next two years. In her announcement, Nadine Dorries boldly declared: “This licence fee announcement will be the last. The days of… END_OF_DOCUMENT_TOKEN_TO_BE_REPLACED

Several prominent Conservative MPs voiced their disapproval of the ‘Colton Four’ acquittal by jury verdict, some even claiming this outcome undermined the rule of law. Needless to say, the ongoing debates swirling around statues continue to upset Conservative MPs. I think it’s important to note multiple lawyers, which is to say professionals actually versed in… END_OF_DOCUMENT_TOKEN_TO_BE_REPLACED

3 thoughts on “Will the traditional working week undergo transformation?”